0
7 septiembre 2011
Since McLuhan's death in 1980, there has been an outpouring of biographical and exegetical texts, ranging from a hefty collection of his letters, to a superb biography by Philip Marchand, to insightful explications of his work by writers like Douglas Coupland. Arguably, this thriving book industry is paradoxical for an author associated with the death of print culture. But the benefit of this ever-growing body of literature is that it allows us to revisit the debates about McLuhan's work with a fresh batch of evidence. As it turns out, his relationship with Catholicism was more complicated and layered than his critics allowed, serving not as a hidden bias but rather as a spur toward creativity. His faith provided him with special insights that enabled him to become the Marx of the media age and the Darwin of the digital revolution.

Critics like Miller are dead accurate on one point: the absolute centrality of Catholicism to McLuhan's intellectual life. McLuhan was born in Edmonton to a generically Protestant family. His father, a good-natured but unsuccessful businessman, was a Methodist, while his mother, a strong-willed public speaker and actress, was a Baptist. He grew up in Winnipeg and would later claim that much of his personal life was shaped by his horrified reaction to that industrial city, which led him to search for a more humane culture in Europe.

In a 1935 letter to his mother explaining his increasing interest in Catholicism, McLuhan noted that "I simply couldn't believe that men had to live in the mean mechanical joyless rootless fashion that I saw in Winnipeg." The young McLuhan was a romantic anti-industrialist who came to conclude that Protestantism was to blame for the ills of the modern world. His thinking was much influenced by the Catholic apologist G. K. Chesterton, who advocated "distributist" politics that sought to restore the guild ideals of the Middle Ages as a counterforce to both capitalism and socialism. In the same letter to his mother, McLuhan noted that "I need scarcely indicate that everything that is especially hateful and devilish and inhuman about the conditions and strain of modern industrial society is not only Protestant in origin, but it is their boast(!) to have originated it".

In converting to Catholicism in 1937, McLuhan was joining a Church he saw as a refuge from the ills of modernity, a litany of evils that included everything from sexual promiscuity to wives bossing around their husbands. At the time, the Church was under the sway of Pius IX's "Syllabus of Errors," an 1864 proclamation condemning the idea that "the Roman Pontiff can, and ought to reconcile himself … with progress, liberalism, and modern civilization." McLuhan admired the fascist Spanish dictator Francisco Franco as a necessary bulwark against godless communism and anarchism. He thought that feminism and the "homosexual cult" were working in tandem to undermine the natural authority of men over the family.

If he had remained so reactionary, his ideas would have been no more intellectually challenging than those of Michael Coren or Pat Buchanan, cartoon Catholics for whom Church doctrine is largely useful as a blunt instrument with which to attack political foes. McLuhan's great saving grace, however, was his ceaseless curiosity, which led him to expand his intellectual framework. Even in the years before his conversion, he wrestled with theologians whose thinking challenged his own prejudices.

He made an extensive study of his contemporary Jacques Maritain, who was attempting to update the philosophy of St. Thomas Aquinas as a way of making a rapprochement between Catholicism and modernity. As a neo-Thomist, Maritain argued that Catholic social thought was compatible with pluralism and democracy (in the abstract) and contemporary North American society (in particular). These ideas were radical in the 1930s and '40s, but they would eventually influence the direction of the Church in the great doctrinal revolution of the 1960s, Vatican II.

Maritain frequently lectured at St. Michael's College, at the University of Toronto, whose faculty McLuhan joined in 1946. McLuhan was attracted to the "lucidity and order" with which Maritain expounded the ideas of Aquinas. If McLuhan had any critique, it was that Maritain did not go far enough to integrate Catholicism with developments in the social sciences. McLuhan also took inspiration from the avant-garde theology of Pierre Teilhard de Chardin, a Jesuit scientist who argued for a congruence between evolutionary theory and the doctrine of redemption. In a 1952 review of The Mechanical Bride, Father Walter Ong, a Jesuit intellectual who studied under McLuhan, drew connections between McLuhan's theories and de Chardin's concept of a "noosphere" where "the whole world [is] alerted simultaneously everyday to goings-on in Washington, Paris, London, Rio de Janeiro, Rome, and … Moscow".

McLuhan's pioneering studies of popular culture were part of a sea change in Catholic intellectualism, as the Church gave up the siege mentality of earlier decades and tried to offer a more nuanced and positive account of modern life. As well, the Church began to move away from its defence of authoritarianism to support pro-democracy political movements around the world. McLuhan underwent his own political evolution: the young man who admired Franco became the academic who engaged in a long correspondence with Pierre Trudeau. And while The Mechanical Bride condemns the comic strip Blondie for undermining the patriarchal ideal of the man as the natural head of the household, in later writings, such as Understanding Media, McLuhan deliberately eschewed traditionalist strictures, because he thought it was more important to understand the world than to condemn it. As he told an interviewer in 1967, "The mere moralistic expression of approval or disapproval, preference or detestation, is currently being used in our world as a substitute for observation and a substitute for study".

On moral matters, he remained very conservative. He was adamantly anti-abortion, for example. But part of his achievement as a mature thinker was his ability to bracket off whatever moral objections to the modern world he might have had and to concentrate on exploring new developments – to be a probe. Indeed, although he joined the Church as a refuge, his faith gave him a framework for becoming more hopeful and engaged with modernity. This paradox might be explained by the simple fact that as he deepened in his faith he acquired an irenic confidence in God's unfolding plan for humanity. In a 1971 letter to an admirer, McLuhan observed, "One of the advantages of being a Catholic is that it confers a complete intellectual freedom to examine any and all phenomena with the absolute assurance of their intelligibility".

Indeed, his faith made him a more ambitious and far-reaching thinker. Belonging to a Church that gloried in cathedrals and stained glass windows made him responsive to the visual environment, and liberated him from the textual prison inhabited by most intellectuals of his era. The global reach and ancient lineage of the Church encouraged him to frame his theories as broadly as possible, to encompass the whole of human history and the fate of the planet. The Church had suffered a grievous blow in the Gutenberg era, with the rise of printed Bibles leading to the Protestant Reformation. This perhaps explains McLuhan's interest in technology as a shaper of history. More deeply, the security he felt in the promise of redemption allowed him to look unflinchingly at trends others were too timid to notice.

A century after his birth, what is McLuhan's status as a thinker? Much more robust than his critics would have expected. Consider again the statement that so shocked Mailer: "Nature from now on has to be programmed." Living as we do in an age grappling with climate change and proposals to control the planet's temperature through geoengineering, McLuhan's observations seem like a sober recital of facts. His core insight was a simple one: technology isn't just an external tool; it also changes how we think. "The medium is the message" means that each new technology humanity has invented, from the wheel to the alphabet to the Internet, creates new mental habits and new patterns of thought. Anyone addicted to Facebook understands what he meant: our tools aren't separate from us but rather interact with us and alter, be it ever so slightly, who we are.

As a scholar, McLuhan had a multitude of flaws. He was often sloppy and made many factual errors. But to judge him simply in terms of whether all his quotations and citations are accurate is to misunderstand the role of a master thinker. Like Marx and Freud, he was an intellectual agitator, a conceptual mind expander, the yeast in the dough. After Marx, we can no longer ignore the reality of class difference; after Freud, we can't pretend that our mental life isn't saturated with sexual impulses; after McLuhan, we can't imagine that technology is just a neutral tool. Moreover, like Darwin and Marx, McLuhan is no longer just one man but rather a living and evolving body of thought. The literary critic Guy Davenport once argued that McLuhan was a "half-mad genius" and "one of those strange figures whose brilliance can be articulated by others though not by themselves".

Davenport may have gone too far: works like The Gutenberg Galaxy remain fertile reading. But it is true that to fully appreciate the profoundness of McLuhan's thinking, you need to read books like Hugh Kenner's The Mechanic Muse, Walter Ong's Orality and Literacy: The Technologizing of the Word, and Nicholas Carr's The Shallows: What the Internet Is Doing to Our Brains. These sober, scholarly works about the interaction between technology and culture build on McLuhan's work while avoiding his tendency toward blunt hyperbole. Kenner shows how modernist literature emerged out of industrial culture, and Ong demarcates how the shift from orality to literacy changed the way we think, a process Carr sees as being replicated as we move on to electronic communication. Taken together, they demonstrate the solidity of the intellectual framework McLuhan created. In this new century, countless other thinkers will find inspiration from his work; he has become an inescapable part of the world's intellectual heritage. 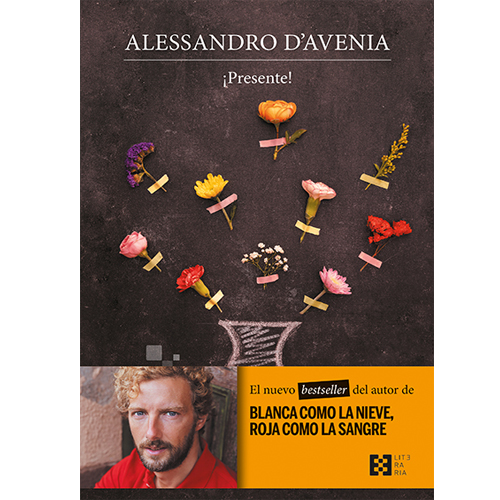 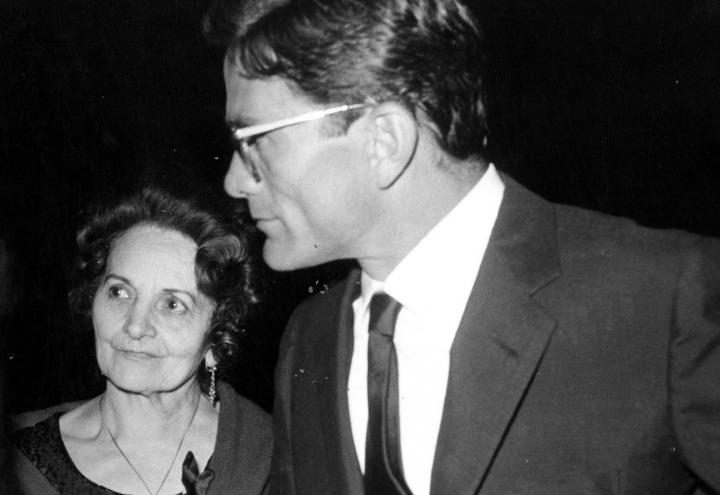 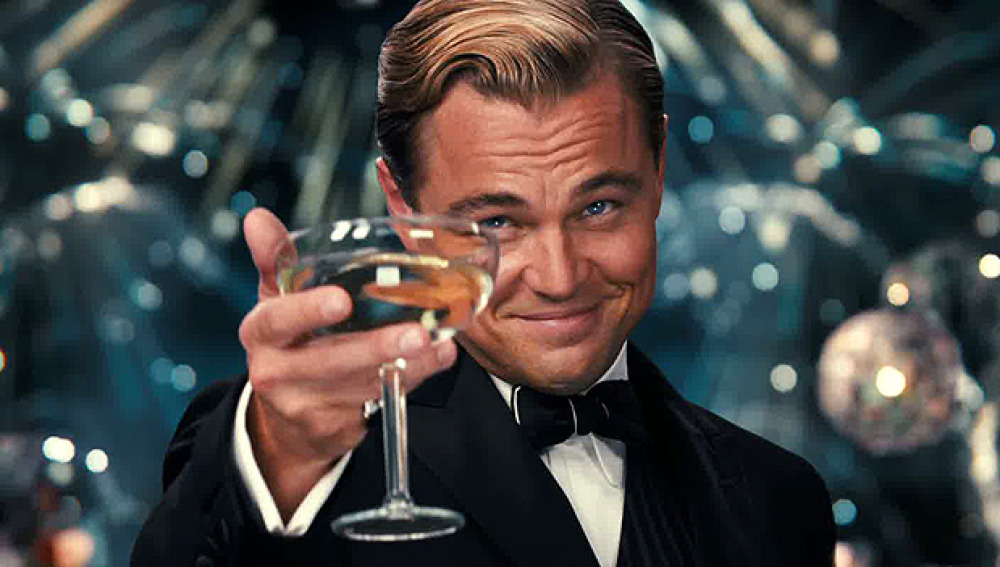 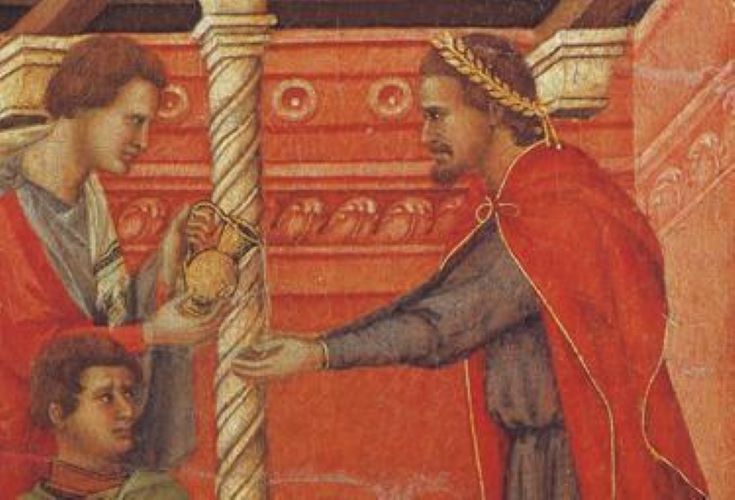