I first visited Greece 50 years ago, hitchhiking with a school friend from England, in search of the glorious world of Homer, Plato, and Thucydides. Of course, we didn't find that world. But we found something almost as remarkable, which was a place where the church and the priesthood dominated rural life, where villages were self-contained communities, where local saints enjoyed their festivals and where the old dances were still danced in the village squares, men in groups, and women in groups, dressed in the costumes that survived from Ottoman days, and rehearsing the old drama of the sexes with marriage as its eternal dénouement. It was a country that had yet to enter the modern world. Its rhythms were those of the village, where debts and duties were local, and where sun, sleep, and surrender managed the day. It was inconceivable to a young Anglo-Saxon visitor that such a country could be judged in the same terms as Germany or France, or that it could play a comparable role in an economy that included all three countries as equal partners.

At one point, running out of money, I joined the queue at a hospital in Athens, where you could give blood and be paid in drachmas. The presiding doctor leaped up to welcome the tall red-haired youth, and turned away the two small men who preceded me, judging their blood to be useless. The names of my unsuccessful rivals were Heracles and Dionysus. It was the only sign offered to me during that first visit that these people were descended from the Greeks to whom our civilization is owed.

I have no desire to return to Greece, dreading what the tourists and the property speculators have done to it. But I know that, whatever the changes, it is inconceivable that Greece should have developed in the same way and with the same rhythm as France or Germany. Of course the country has been modernized. Roads have been built and towns expanded. The tourist trade has wiped out the gentle manners of the villagers. Sexual intercourse has begun — somewhat later than 1963,  which is when Philip Larkin famously dated it, but nevertheless with the same devastating effect on marriage and the family. No doubt the old modes of the folk songs have been forgotten, and no doubt the multinational brands have slapped their logos on shop fronts across the land. But for sure the culture of local obligation has remained. For sure people still regard leisure as more important than work, and debts as less important, the further away the creditor lies in the network of human relations. If you don't know this from visiting Greece, you could learn it easily enough from reading Kazantzakis, Ritzos, Seferis, or any other of the writers in that great moment of literary flourishing which succeeded the collapse of the Ottoman Empire. You could even get it from Louis de Bernières and Captain Corelli's Mandolin. Anybody with his eyes open and his heart in place would know that Greece is the product of a distinctive culture, and that this culture, however it develops, will always take the country in a direction and at a speed of its own.

Yet the architects of the euro did not know this. If they had known it, they would have known also that the effect of imposing a single currency on Greece and Germany would be to encourage Greece to transfer its debts to Germany, on the understanding that the further away the creditor the less the obligation to repay. They would have known that if the Greek political class can use sovereign debt to pay family, friends, and dependents, and to buy the votes needed to stay in office, that that is what the political class will do. They would have recognized that laws, obligations, and sovereignty don't have quite the same meaning in the Mediterranean as they do on the Baltic, and that in a society used to kleptocratic government the fairest way out of an economic crisis is by devaluation–in other words, by stealing equally from everybody.

Why didn't the architects of the euro know those things? The answer is to be found deep within the European project. For it was a project with a secret agenda, and that agenda was to destroy, and meanwhile to deny, the reality of nationhood. And since nations are the carriers of culture, this meant denying that culture matters. Cultural facts were simply imperceivable to the Eurocrats. Allowing themselves to perceive culture would be tantamount to recognizing that their project was an impossible one. This would have mattered less if they had another project with which to replace it. But–like all radical projects–that of the European Union was conceived without a Plan B. Hence it is destined to collapse and, in the course of its collapse, to drag our continent down. An enormous pool of pretense has accumulated at the center of the project, while the political class skirmishes at the edges, in an attempt to fend off the constant assaults of reality. But this pool of pretense is a festering wound at the heart of things, and one day it will burst and swamp us all with poison.

Thus we have to pretend that the long-observed distinctions between the Protestant north of our continent and the Catholic and Orthodox south is of no economic significance. Being a cultural fact it is imperceivable, notwithstanding Weber's attempt to make it central to economic history. The difference between the culture of common law and that of the Code Napoléon, between the Roman and the Ottoman legal legacies, between countries where law is certain and judges incorruptible and places where law is only the last resort in a system of bribes–all these differences have to be put out of mind. Times and speeds of work, and the balance between work and leisure, which go to the heart of every community since they define its relation to time, are to be ignored, or else regimented by a futile edict from the center. And everything is to be brought into line by those frightening courts–the European Court of Justice and the European Court of Human Rights–whose unelected judges never pay the cost of their decisions, and whose agenda of "non-discrimination" and "ever-closer union" is designed to wipe away the traces of local loyalties, family-based morality, and rooted ways of life. Not surprisingly, when you build an empire on such massive pretenses, it very soon becomes unstable.

It was Marx who argued that the foundation of social order and the motor of social change resides in economic structures, and that culture is merely the by-product–the assemblage of institutions and ideologies–that rises from the economic foundations and keeps them in place. Hence it was to Marx that we owed that first and disastrous attempt to organize society on economic principles alone, and to assume that culture will look after itself. In fact it is culture that creates economics, and not the other way round, and if any proof of this is needed we need only look at the result of the Marxist experiment. Better still, we might look at the successful economies in the modern world–the American for instance–and note the extent to which they have depended on a respect for law, on honest accounting, and on individual responsibility, the ethic of family life, and the forms of social interaction. To analyze all the strands that have been woven together to form the American capacity for long-term economic probity you would have to trace the culture of this country back to the founding and beyond. You would have to take account of Protestantism, the common law, the tradition of private colleges, and the little platoons of a society of volunteers. You would have to understand the frontier spirit, the deep local loyalties, and the cultural miscegenation that gave rise to jazz, Hollywood, and the Broadway musical.

Of course, I share the belief of many American conservatives that this culture is being lost, and indeed that America has taken fatal steps in the European direction. But this change has itself been initiated at the cultural level. Left to itself the American economy would not have incurred the truly fantastic debts that have been heaped on it by the maladministration of Bush and Obama. In each case cultural factors have driven the leadership to hold the country hostage to ideological goals. And the same is true of Europe. It was not economics but culture that engendered the euro–a culture of a ruling class at war with the people of Europe, wishing to establish trans-national government at all costs, and hoping to wipe away yet another trace of nationhood. By destroying those ancient currencies through which the people of Europe had expressed and managed their apartness, the European elite hoped to make a decisive move toward the goal of Union. Instead they have burdened the continent with new debts, new resentments, and a looming disaster that was not foreseen only because it had been ruled out as impossible. 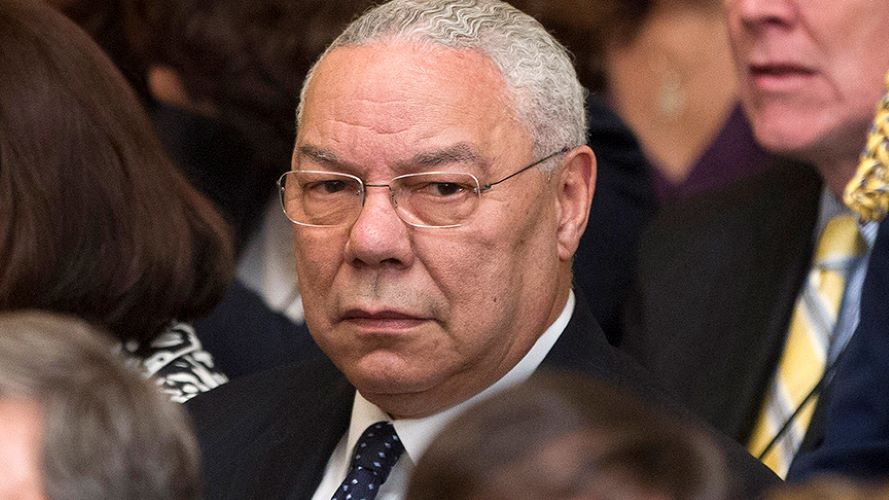 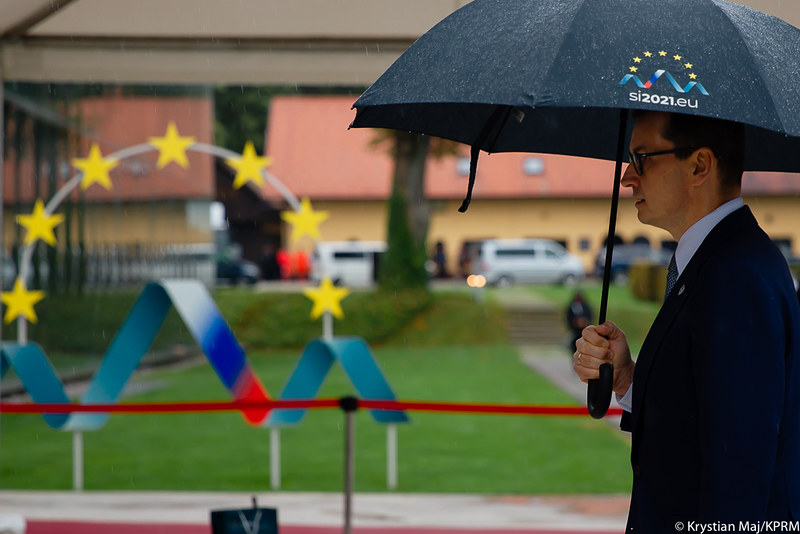 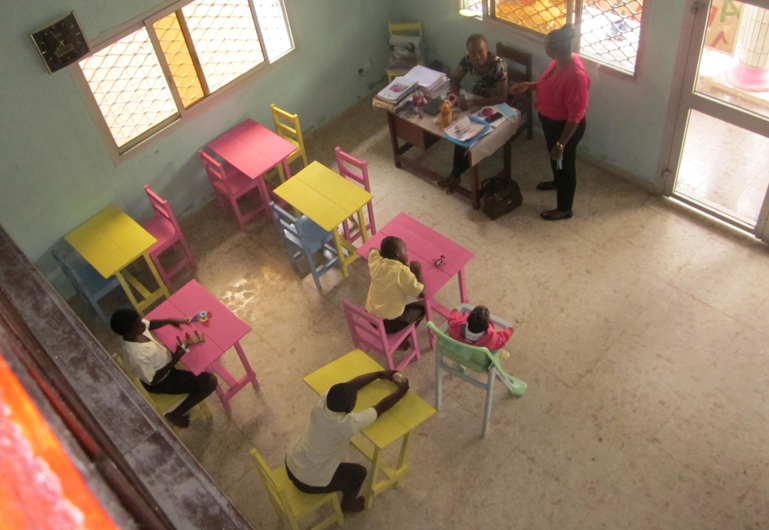 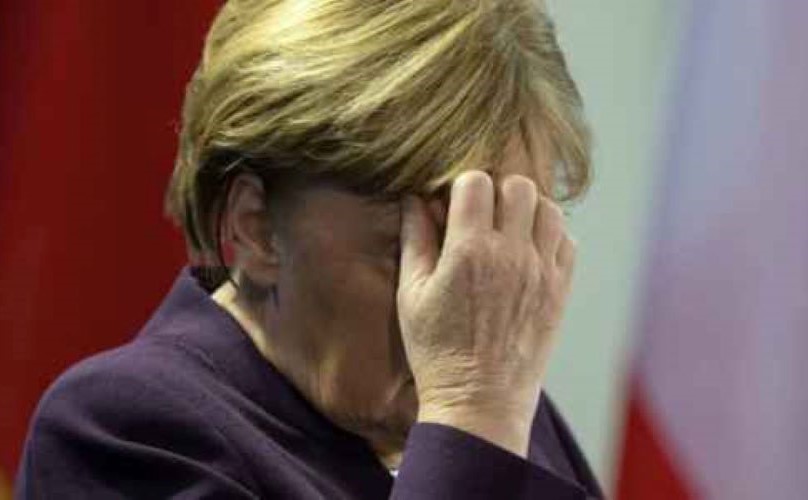