277
7 agosto 2013
When I became Catholic in 1998, as a college sophomore, I didn`t know any other gay Christians. I`d been raised in a kind of pointillist Reform Judaism, almost entirely protected from homophobia; when I realized I was gay it was, if anything, a relief. I thought I finally had an explanation for the persistent sense of difference I`d felt since early childhood. 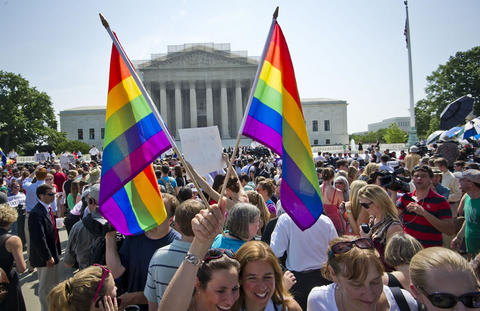 When I became Catholic in 1998, as a college sophomore, I didn`t know any other gay Christians. I`d been raised in a kind of pointillist Reform Judaism, almost entirely protected from homophobia; when I realized I was gay it was, if anything, a relief. I thought I finally had an explanation for the persistent sense of difference I`d felt since early childhood. This sheltered upbringing may help explain my sunny undergraduate confidence that even though I knew of literally nobody else who had ever tried to be both unashamedly gay and obediently Catholic, I was totally going to do it. No problem, guys, I got this.

Things look different now. I hope I`ve learned a few things about the dangers of sophomoric self-confidence: There are times when my relationship with the Catholic Church feels a lot like Margaret Atwood`s ferocious little poem,

You fit into me

And I`ve met many other gay or queer or same-sex-attracted Christians, in all flavors of Christianity. I have several friends in same-sex marriages now, including one who had an Episcopalian church wedding with all the trimmings. I also have many friends who, like me, are trying to live in accordance with the historical Christian teaching on chastity, including its prohibition on sex between men or between women. We disagree (sometimes sharply) among ourselves on the best response to the growing cultural acceptance and political success of gay marriage; but before politics and even before culture, our response must be personal.

As Liza Mundy`s article ´The Gay Guide to Wedded Bliss´ showed in the interview with Pastor Delman Coates of Mt. Ennon Baptist, and even more so with the Very Rev. Gary Hall of the National Cathedral, many Christian churches are beginning to integrate gay marriage into their theology. Their preexisting theology—not only on marriage but on creation, embodiment, and Scriptural interpretation—has begun to shift to match the new unisex or gender-neutral model of marriage. With so many more options for gay Christians, why stick with the fishhook? Here is an attempt at my own answer.

The biggest reason I don`t just de-pope myself is that I fell in love with the Catholic Church. Very few people just ´believe in God´ in an abstract way; we convert, or stay Christian, within a particular church and tradition. I didn`t switch from atheistic post-Judaism to ´belief in God,´ but to Catholicism: the Incarnation and the Crucifixion, Michelangelo and Wilde, St. Francis and Dorothy Day. I loved the Church`s beauty and sensual glamour. I loved her insistence that seemingly irreconcilable needs could both be met in God`s overwhelming love: justice and mercy, reason and mystery, a savior who is fully God and also fully human. I even loved her tabloid, gutter-punching side, the way Catholics tend to mix ourselves up in politics and art and pop culture. (I love that side a little less now, but it`s necessary.)

I didn`t expect to understand every element of the faith. It is a lot bigger than I am. I`m sure there are psychological reasons for my desire to find a God and a Church I could trust entirely: I don`t think I have a particularly steady moral compass, for example. I`m better at falling in love than finding my way, more attuned to eros than to ethics. Faith is no escape from the need for personal moral judgment; the Church is meant to form your conscience, not supersede it. There are many things which, if the Catholic Church commanded them, I think would have prevented me from becoming Catholic. (More on this below.) But I do think it was okay to enter the Church without being able to justify all of her teachings on my own.

At the time of my baptism the church`s teaching on homosexuality was one of the ones I understood the least. I thoroughly embarrassed myself in a conversation with one of my relatives, who tried to figure out why I was joining this repressive religion. I tried to explain something about how God could give infertile heterosexual couples a baby if He wanted to, and my relative, unsurprisingly, asked why He couldn`t give a gay couple a baby. The true answer was that I didn`t understand the teaching, but had agreed to accept it as the cost of being Catholic. To receive the Eucharist I had to sign on the dotted line (they make you say, ´I believe all that the Catholic Church believes and teaches´ when they bring you into the fold), and I longed intensely for the Eucharist, so I figured, everybody has to sacrifice something. God doesn`t promise that He`ll only ask you for the sacrifices you agree with and understand.

At the moment I do think I understand the Church`s teaching better than I did then—but check back with me in a few years. Right now, the Biblical witness seems pretty clear. Both opposite-sex and same-sex love are used, in the Bible, as images of God`s love. The opposite-sex love is found in marriage—sexually exclusive marriage, an image which recurs not only in the Song of Songs but in the prophets and in the New Testament—and the same-sex love is friendship. Both of these forms of love are considered real and beautiful; neither is better than the other. But they`re not interchangeable. Moreover, Genesis names sexual difference as the only difference which was present in Eden. There were no racial differences, no age difference, no children and therefore no parents. Regardless of how literally you want to take the creation narratives, the Bible sets apart sexual difference as a uniquely profound form of difference. Marriage, as the union of man and woman, represents communion with the Other in a way which makes it an especially powerful image of the way we can commune with the God who remains Other. That`s a quick and dirty summary, but it seems to me more responsive to the texts, more willing to defer to historical Christian witness, and more attuned to the importance and meaning of our bodies than most of the defenses I`ve read of Christian gay marriage.

But being embedded in Catholicism colors my reading of the Bible—that is actually what tradition is supposed to do—and shapes my sense of which elements of Christian history are essential and which are wanderings from the path. So the main reason I`m planning on celibacy for the foreseeable future is just that I`m Catholic and lesbian and them`s the rules, bud.

When I attempt to explain my acceptance of Church teaching, however, listeners and readers often suggest other possible reasons for my decision. I know that online comments-boxes are Dantean circles of Hell, but I`ve heard these misinterpretations of my stance often enough that I think it`s worth addressing them specifically. So here are three things which are not my reasons for being celibate:

Because I`m not the marrying kind. I can be pretty helplessly romantic, I enjoy taking care of the people I love, and I need adult supervision. I am exactly the marrying kind in those respects. I loved having girlfriends when I had them. I loved all the aspects of being in a couple, including—this is awkward, I hope my parents don`t read this—what I am just gonna call the physical elements.

Because I think the Catholic Church is perfect when it comes to gay people. Oh, say that sentence with a bitter laugh! I spend a lot of time these days working with people who are trying to make the Church a home for gay people. It`s painfully far from that now. I`ve written about possible approaches to counseling in Catholic schools; anti-bullying efforts; my problems with some of the language the Church uses about homosexuality; repressive ideas of genderwhich would leave no room for St. Francis and St. Joan; and shame-based therapy and bad psychological theories.

A friend of mine wrote about the role played by Jewish converts to Catholicism in improving the Church`s relationship to Judaism. The gay, celibate Christians I know feel a similar responsibility toward our churches. I feel about the Catholic Church more or less the way Winston Churchill (maybe) felt about democracy. Or, to put it less cutely, ´Master, to whom shall we go? You have the words of eternal life.´

Because I think gay people aren`t called to love. If I believed that Catholicism condemned gay people to a barren, loveless life, I would not be Catholic, full stop. All people have a call from God to give and receive love. (My faith has often forced me to accept God`s love when I didn`t feel like I deserved it. In Catholicism God knows, loves, and forgives you, no matter what; your own opinion of yourself is interesting but irrelevant.) For me the call to love takes the form of service to those in need, prayer, and, above all, loving friendship. Friendship was once a form of Christian kinship—see Alan Bray`s beautiful historical study, The Friend. It was honored by society, guided by theology, beautified by liturgy. It wasn`t a sloppy-seconds consolation prize for people who couldn`t get the real love of marriage; it was the form of love experienced and most highly praised by Jesus himself. Renewing this Christian understanding of friendship would help to make the Church a place where gay people have more opportunities for devoted, honored love—not fewer.

The Church needs to grow and change in response to societal changes. We can do so much better in serving the needs of gay/queer/same-sex-attracted Catholics, especially the next generation. But I think gay Catholics can also offer a necessary witness to the broader society. By leading lives of fruitful, creative love, we can offer proof that sexual restraint isn`t a death sentence (or an especially boring form of masochism). Celibacy can offer some of us radical freedom to serve others. While this approach isn`t for everyone, there were times when I had much more time, space, and energy to give to people in need than my friends who were juggling marriage and parenting along with all their other commitments. I`ve been able to take homeless women briefly into my own home, for example, which I would not have been able to do as spontaneously—and maybe not at all—if I had not been single.

Moreover, celibate gay Christians can offer proof that friendship can be real love, and deserves the same honor as any other form of lovingkindness, caretaking and devotion. While nobody wants every friendship to be a deep, committed ´spiritual friendship´ of the kind championed by St. Aelred, many of us—including single straight people, and married people of every orientation—long for deeper and more lasting friendships. The cultural changes which would better nourish celibate gay Christians, then, would be good for everyone else as well. 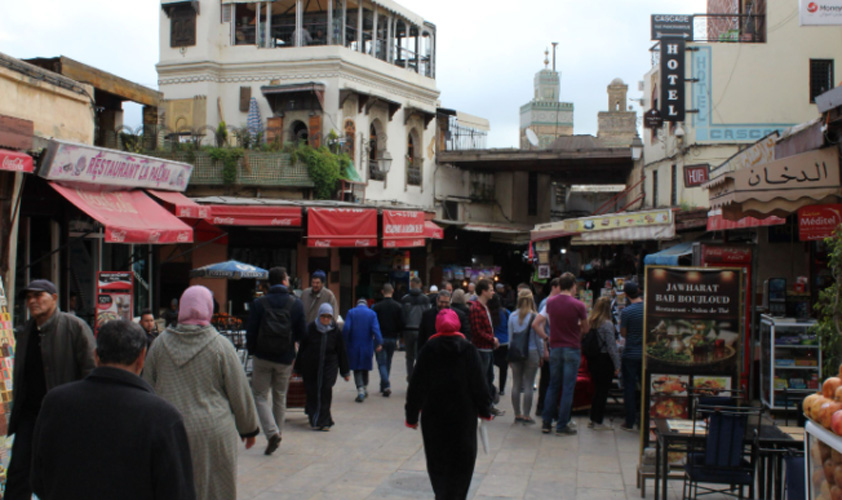 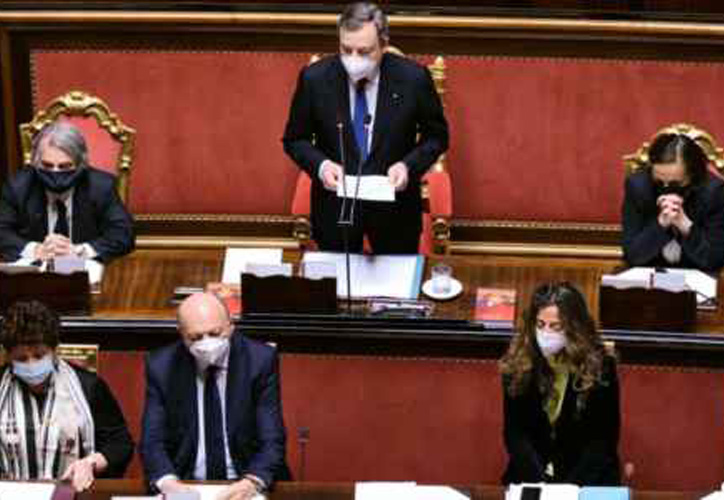 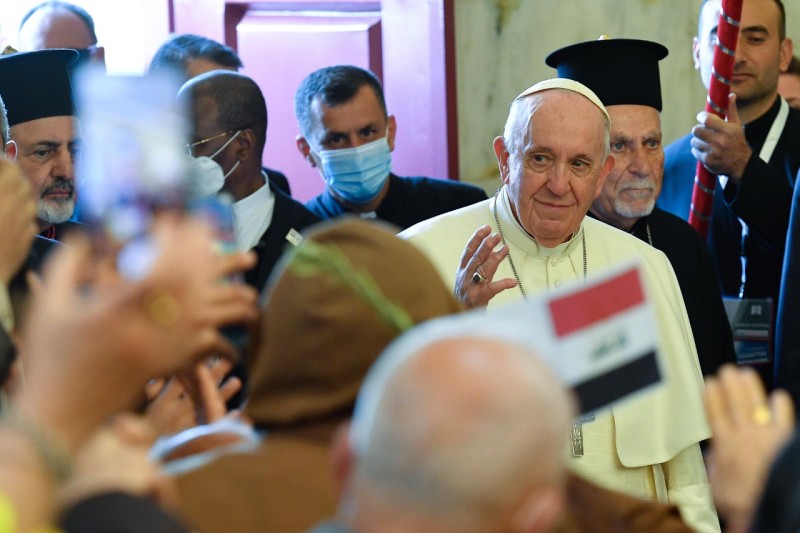 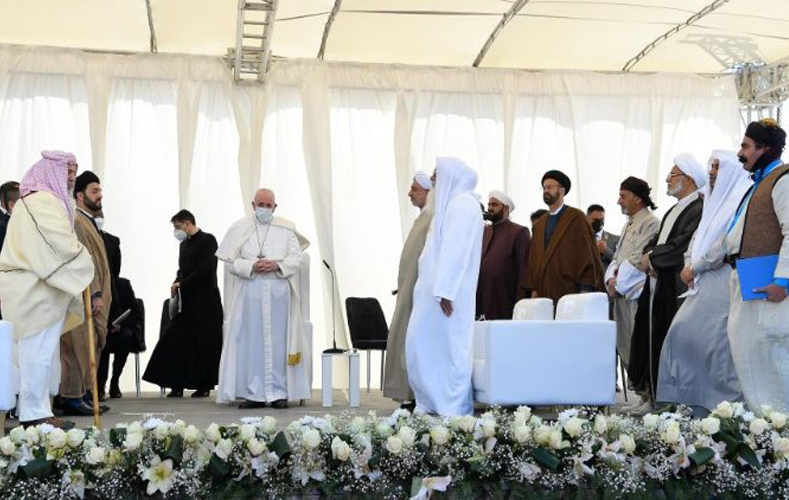