0
21 noviembre 2011
Our culture is drowning in rights. Everyone thinks they have a right to everything and some take rights they do enjoy to excuse truly abhorrent behavior. Women have a right to free contraception. Bar customers claim a right to drink one too many. Wall Street sharks, take the right to private property that is justly theirs, and turn it into an excuse to rig the game and rip off the economy and the taxpayer. A customer spills his coffee on himself and thinks he has a right to sue McDonald's for producing too-hot coffee. And, of course, once the Supreme Court went mucking around in the penumbra of the Constitution, they found constitutional rights that, for some reason, had never occurred to the authors of that document.

Those authors did not delineate sets of corresponding responsibilities to accompany those rights. In a sense, they did not think they had to. While it is true that the founders had an essentially pessimistic view of human nature, and thought the only effective way to guarantee liberty was to pit diverse interests against one another, those same founders could scarcely imagine that one day, our day, would dawn in which morality would be viewed as somehow alien to our political system, that there would be no confidence about the power of human reason to ascertain the rightness or wrongness of certain acts, that the nation they helped birth would enjoy not only a free market economy but a free market of moralities, all running into each other. This collapse of a shared moral language is, as the Holy Father has suggested, one of the principal civilizational challenges facing the West today. But, that is not our focus today.

The first right listed in the First Amendment is the right to freedom of worship. There is no evidence that the founders were trying to prioritize it above the other enumerated rights, but it clearly was central to their concerns. Several of the colonies – Massachusetts, Connecticut, Rhode Island, Maryland and Pennsylvania – were first settled by those who left the Old World specifically to seek freedom of worship in the New. (In the case of Connecticut and Rhode Island, they left Massachusetts to seek religious freedom. Turns out those early Puritans claimed religious liberty but were not keen on extending it to others.)

Pope Benedict XVI has said that freedom of religion deserves primacy of place because it is the only right that points to the transcendent vocation of man. This is a profound insight. It reiterates what has been, in fact, the historical vocation of the Catholic faith in the public square: To defend the transcendent dimension of the human person against all efforts at reductionism, to insist that at the core of the human person is the invitation to participate in the divine life of the Trinity. To those who seek to reduce man to his status as a consumer or a producer, to his status as a subject of the state or a member of the party, a proletarian or a kulak, the Church has said: "No, man is a child of God, the only creature made in the image and likeness of God." This is especially important today when, sadly and somewhat ironically, persons in the most free societies in the history of humankind seem so willing to abandon their transcendent calling to mere pleasures of the flesh, when conformity, not to the moral law, but to the easy slavery of consumer expectations is so rampant, and when the pathetic worship of the self has replaced devotion to Him who alone is holy.

The current debate on religious liberty has arisen in the specific context of a discussion about conscience rights, and there is a danger here to our cultural understandings. Fellow leftie Catholics, please take note. The rights of conscience in the civic sphere do not correspond to any rights to conscience within the Church. In the movie "The Shoes of the Fisherman," Anthony Quinn plays a newly elected Russian Pope whose priest-secretary's latest book has been condemned by the Holy Office. The fictional cardinal who led the investigation gives the fictional new Pope the news of the condemnation, and Pope Kiril responds, "Did not the Second Vatican Council reaffirm the rights of conscience in the clearest of terms?" Wrong question. Maybe I just have too many sins, but it seems to me that in the spiritual life, conscience is not experienced as a right: It is experienced as a call to obedience and to turn away from sin and cling to the truth. Conscience is the voice of God within us, and it is usually calling us to free ourselves from sin, not from government encroachments on our liberty interests. Indeed, I am deeply, profoundly suspicious of rights language within the Church. The Church lives by grace and gift and service, not self-assertion and rights. But, sure as the day follows the night, you can anticipate that the call of bishops to defend the conscience rights of Catholic institutions will be met with misplaced calls for conscience rights within the Church.

There is another danger, however, in the way this debate is manifesting itself and here my warning goes out to my conservative friends. One of those friends, who is very conservative and very smart, emailed me an objection to my essay on Wednesday about religious liberty and the legal culture. He took issue with this paragraph:

There is a passage in the plurality decision in the Supreme Court case Planned Parenthood v. Casey that has always caused me agita. "These matters, involving the most intimate and personal choices a person may make in a lifetime, choices central to personal dignity and autonomy, are central to the liberty protected by the Fourteenth Amendment. At the heart of liberty is the right to define one's own concept of existence, of meaning, of the universe, and of the mystery of human life. Beliefs about these matters could not define the attributes of personhood were they formed under compulsion of the State." My difficulty is with the verb "define." As a Catholic, indeed as any believer in a religion built upon a divine revelation, I would prefer the word "discover" or "discern." There is something protean in the way the Court states the essence of liberty that I find obnoxious and, more importantly, untrue to human experience, certainly untrue to the experience of most Americans. For these legal scholars, and we are not talking about a few outlier profs at an Ivy League law school, as these words are drawn from a Supreme Court ruling, everything really is up for grabs. The worldview conveyed is the worldview of Dewey…on steroids. That is not my worldview and it is certainly not the worldview of most Americans, which is one of the reasons there has emerged such a disconnect between the courts and the political life of the nation.

My friend responded, "I wonder . . . I guess I think that something like this is the worldview of most Americans; genial nonjudgmentalism combined with ethical flexibility and relativism (shot through with a few strange absolutes, like the moral imperative to recycle . .. ). Actualization! I gotta be me! Find your truth! Etc. etc." My conservative friend is on to something, no doubt, and such corrosive attitudes in our culture are not primarily the fault of the work of a few legal scholars who have drunk too deeply at the wells of protean secularism dug by Dewey or Rawls. I recall this passage from a too-little noticed document by the USCCB entitled, The Hispanic Presence in the New Evangelization in the United States:

In our country, the modern, technological, functional mentality creates a world of replaceable individuals incapable of authentic solidarity. In its place, society is grouped by artificial arrangements created by powerful interests. The common ground is an increasingly dull, sterile, consumer conformism – visible especially among so many of our young people – created by artificial needs promoted by the media to support powerful economic interests. Pope John Paul II has called this a ‘culture of death.'

That bracing, trenchant critique of the culture is spot-on, and it rightly suggests that the "culture of death" will not be overcome only by joining the National-Right-to-Life Committee. Indeed, I fear that that people and politicians in our culture who will tend to support the Catholic Church on the narrow issue of conscience exemptions from government mandates, are the same people and politicians who could not begin to get their head (or their heart) around this critique. Too busy defending the free market and American exceptionalism. On the other hand, those on the left who do tend to embrace what my friend called "a few strange absolutes, like the moral imperative to recycle," are those who are at least willing to entertain the proposition that there are moral claims upon our property rights and ethical implications to our economic behavior. These are, sadly, the same people who will likely not find their way to defend the Church on the issue of conscience exemptions.

What to do? No regular reader will be surprised to discover that I place what hope I can muster in the face of such difficult cultural challenges in the New Evangelization and the demographic influx of Latinos into the Church and the nation. I believe that only if we can re-ignite within our Church the sense that in the person of Jesus Christ we find our true and only liberation, and that such liberation entails binding ourselves completely to the person of Jesus, only then can we truly evangelize our culture. So, the first step towards a true sense of religious liberty (or a true sense of anything else for that matter) is to listen to the Lord.

But, this time, the Lord is speaking Spanish. I believe that our Latino brothers and sisters bring with them a worldview that is not drenched in Calvinism and capitalism, that still values family and faith above material gain or self-assertive personal autonomy. I believe that the more of them come to the U.S., the better chance our culture has of not spinning out of control and the better chance our Church has of re-evangelizing itself. My immigration policy? Let them all come! We need them more than they need us.

One of the tasks of the New Evangelization, and indeed of contemporary theology more generally, is to rescue the achievements of modernity. These achievements are undoubted and not just in our scientific discoveries and modern wonders, but, for example, in the central place that human rights has come to play in our legal cultures and in our foreign policies. But, modernity brought its own acids too, views of human nature and of the voluntaristic nature of ecclesial communities that are, to use Cardinal Newman's preferred derogatory adjective, "unreal." No one can live the atomized anthropology that has come to dominate modern views – on both the left and the right. The Church and her theologians must address this task. It is far beyond my pay grade. How do we rescue modernity from its shoddy anthropology? That, in the final analysis, is what this debate about religious liberty is about.

One last thought. I hope the USCCB's new ad hoc committee on religious liberty will not confine itself to the narrow issue of conscience exemptions for Catholic institutions. One of the threats to religious liberty in our day is religious bigotry, mostly targeted against Muslims and Mormons. I would welcome a statement from the new committee championing the rights of Muslims to build their mosques and of Mormons to seek high political office. We RCs know something about the ugliness of religious bigotry and we should rpoudly stand with those who are its object today. 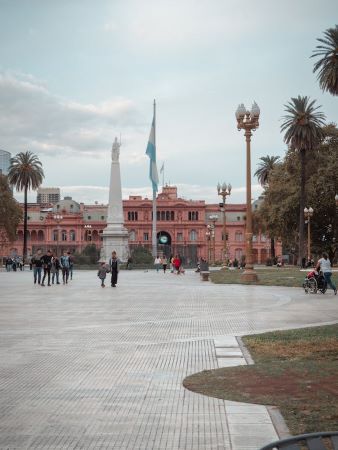 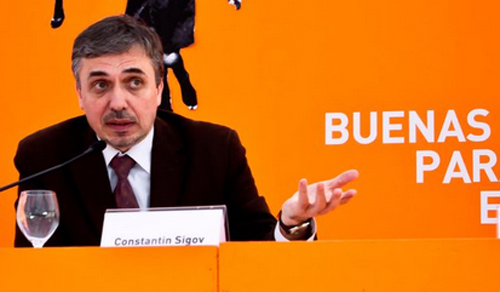 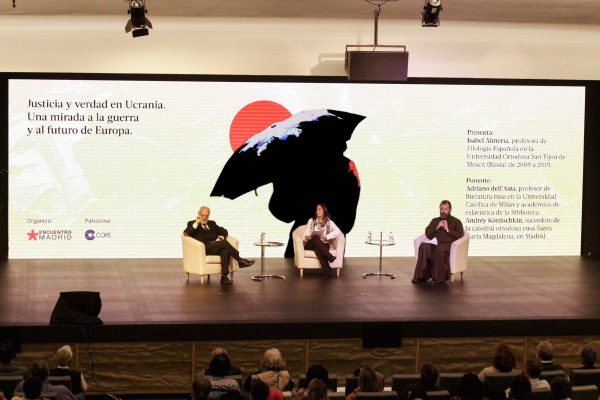 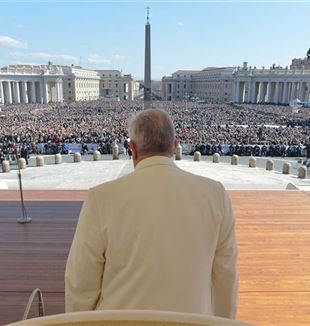