0
5 junio 2012
For roughly 98 percent of the last 2,500 years of Western intellectual history, philosophy was considered the mother of all knowledge. It generated most of the fields of research still with us today. This is why we continue to call our highest degrees Ph.D.'s, namely, philosophy doctorates. At the same time, we live an age in which many seem no longer sure what philosophy is or is good for anymore. Most seem to see it as a highly abstracted discipline with little if any bearing on objective reality - something more akin to art, literature or religion. All have plenty to say about reality. But the overarching assumption is that none of it actually qualifies as knowledge until proven scientifically.

Yet philosophy differs in a fundamental way from art, literature or religion, as its etymological meaning is "the love of wisdom," which implies a significant degree of objective knowledge. And this knowledge must be attained on its own terms. Or else it would be but another branch of science.

So what objective knowledge can philosophy bring that is not already determinable by science? This is a question that has become increasingly fashionable – even in philosophy – to answer with a defiant "none." For numerous philosophers have come to believe, in concert with the prejudices of our age, that only science holds the potential to solve persistent philosophical mysteries as the nature of truth, life, mind, meaning, justice, the good and the beautiful.

Thus, myriad contemporary philosophers are perfectly willing to offer themselves up as intellectual servants or ushers of scientific progress. Their research largely functions as a spearhead for scientific exploration and as a balm for making those pursuits more palpable and palatable to the wider population. The philosopher S.M. Liao, for example, argued recently in The Atlantic that we begin voluntarily bioengineering ourselves to lower our carbon footprints and to become generally more virtuous. And Prof. Colin McGinn, writing recently in The Stone, claimed to be so tired of philosophy being disrespected and misunderstood that he urged that philosophers begin referring to themselves as "ontic scientists."

McGinn takes the moniker of science as broad enough to include philosophy since the dictionary defines it as "any systematically organized body of knowledge on any subject." But this definition is so vague that it betrays a widespread confusion as to what science actually is. And McGinn's reminder that its etymology comes from "scientia," the ancient Latin word for "knowledge," only adds to the muddle. For by this definition we might well brand every academic discipline as science. "Literary studies" then become "literary sciences" – sounds much more respectable. "Fine arts" become "aesthetic sciences" – that would surely get more parents to let their kids major in art. While we're at it, let's replace the Bachelor of Arts degree with the Bachelor of Science. (I hesitate to even mention such options lest enterprising deans get any ideas.) Authors and artists aren't engaged primarily in any kind of science, as their disciplines have more to do with subjective and qualitative standards than objective and quantitative ones. And that's of course not to say that only science can bring objective and quantitative knowledge. Philosophy can too.

The intellectual culture of scientism clouds our understanding of science itself. What's more, it eclipses alternative ways of knowing – chiefly the philosophical – that can actually yield greater certainty than the scientific. While science and philosophy do at times overlap, they are fundamentally different approaches to understanding. So philosophers should not add to the conceptual confusion that subsumes all knowledge into science. Rather, we should underscore the fact that various disciplines we ordinarily treat as science are at least as – if not more -philosophical than scientific. Take for example mathematics, theoretical physics, psychology and economics. These are predominately rational conceptual disciplines. That is, they are not chiefly reliant on empirical observation. For unlike science, they may be conducted while sitting in an armchair with eyes closed.

Does this mean these fields do not yield objective knowledge? The question is frankly absurd. Indeed if any of their findings count as genuine knowledge, they may actually be more enduring. For unlike empirical observations, which may be mistaken or incomplete, philosophical findings depend primarily on rational and logical principles. As such, whereas science tends to alter and update its findings day to day through trial and error, logical deductions are timeless. This is why Einstein pompously called attempts to empirically confirm his special theory of relativity "the detail work." Indeed last September, The New York Times reported that scientists at the European Center for Nuclear Research (CERN) thought they had empirically disproved Einstein's theory that nothing could travel faster than the speed of light, only to find their results could not be reproduced in follow-up experiments last month. Such experimental anomalies are confounding. But as CERN's research director Sergio Bertolucci plainly put it, "This is how science works."

However, 5 plus 7 will always equal 12. No amount of further observation will change that. And while mathematics is empirically testable at such rudimentary levels, it stops being so in its purest forms, like analysis and number theory. Proofs in these areas are conducted entirely conceptually. Similarly with logic, certain arguments are proven inexorably valid while others are inexorably invalid. Logically fallacious arguments can be rather sophisticated
and persuasive. But they are nevertheless invalid and always will be. Exposing such errors is part of philosophy's stock and trade. Thus as Socrates pointed out long ago, much of the knowledge gained by doing philosophy consists in realizing what is not the case.

One such example is Thrasymachus' claim that justice is best defined as the advantage of the stronger, namely, that which is in the competitive interest of the powerful. Socrates reduces this view to absurdity by showing that the wise need not compete with anyone.

Or to take a more positive example, Wittgenstein showed that an ordinary word such as "game" is used consistently in myriad contrasting ways without possessing any essential unifying definition. Though this may seem impossible, the meaning of such terms is actually determined by their contextual usage. For when we look at faces within a nuclear family, we see resemblances from one to the next. Yet no single trait need be present in every face to recognize them all as members of the family. Similarly, divergent uses of "game" form a family. Ultimately as a result of Wittgenstein's philosophy, we know that natural language is a public phenomenon that cannot logically be invented in isolation.

These are essentially conceptual clarifications. And as such, they are relatively timeless philosophical truths.

This is also why jurisprudence qualifies as an objective body of knowledge without needing to change its name to "judicial science," as some universities now describe it. Though it is informed by empirical research into human nature and the general workings of society, it relies principally on the cogency of arguments from learned experts as
measured by their logical validity and the truth value of their premises. If both of these criteria are present, then the arguments are sound. Hence, Supreme Court justices are not so much scientific as philosophical experts on the nature of justice. And that is not to say their expertise does not count as genuine knowledge. In the best cases, it rises to the loftier level of wisdom – the central objective of philosophy.

Though philosophy does sometimes employ thought experiments, these aren't actually scientific, for they are conducted entirely in the imagination. For example, judges have imagined what might happen if, say, insider trading were made legal. And they have concluded that while it would lower regulatory costs and promote a degree of investor freedom, legalization would imperil the free market itself by undermining honest securities markets and eroding investor confidence. While this might appear to be an empirical question, it cannot be settled empirically without conducting the experiment, which is naturally beyond the reach of jurisprudence. Only legislatures could conduct the experiment by legalizing insider trading. And even then, one could not conduct it completely scientifically without a separate control-group society in which insider trading remained illegal for comparison. Regardless, judges would likely again forbid legalization essentially on compelling philosophical grounds.

Similarly in ethics, science cannot necessarily tell us what to value. Science has made significant progress in helping to understand human nature. Such research, if accurate, provides very real constraints to philosophical constructs on the nature of the good. Still, evidence of how most people happen to be does not necessarily tell us everything about how we should aspire to be. For how we should aspire to be is a conceptual question, namely, of how we ought to act, as opposed to an empirical question of how we do act. We might administer scientific polls to determine the degree to which people take themselves to be happy and what causes they might attribute to their own levels happiness. But it's difficult to know if these self-reports are authoritative since many may not have coherent, consistent or accurate conceptions of happiness to begin with. We might even ask them if they find such and such ethical arguments convincing, namely, if happiness ought to be their only aim in life. But we don't and shouldn't take those results as sufficient to determine, say, the ethics standards of the American Medical Association, as those require philosophical analysis.

In sum, philosophy is not science. For it employs the rational tools of logical analysis and conceptual clarification in lieu of empirical measurement. And this approach, when carefully carried out, can yield knowledge at times more reliable and enduring than science, strictly speaking. For scientific measurement is in principle always subject to at least some degree of readjustment based on future observation. Yet sound philosophical argument achieves a measure of immortality.

So if we philosophers want to restore philosophy's authority in the wider culture, we should not change its name but engage more often with issues of contemporary concern – not so much as scientists but as guardians of reason. This might encourage the wider population to think more critically, that is, to become more philosophical. 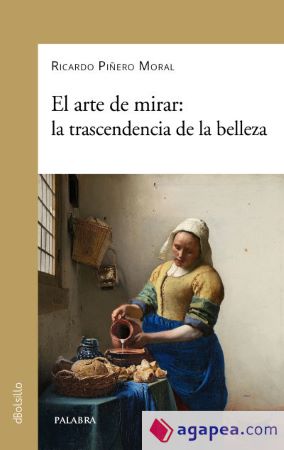 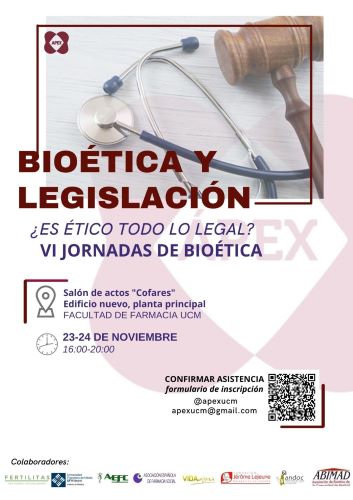 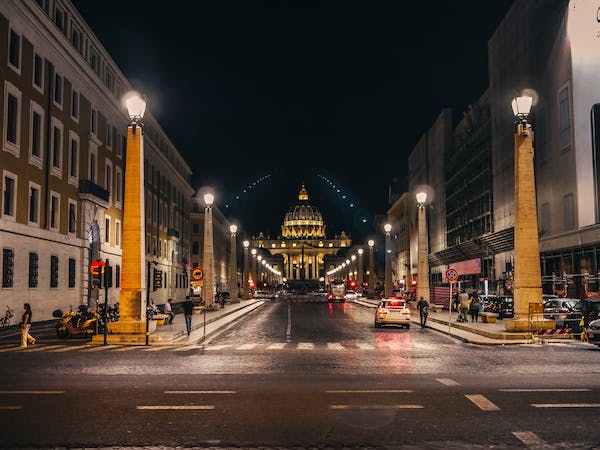 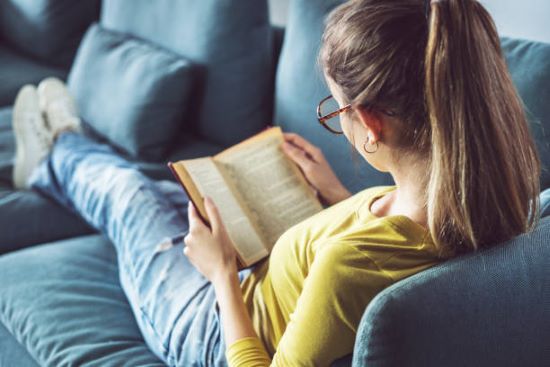